Domestic offences can wreak absolute havoc in a family. The impact of being charged is also severe. The consequences range from facing a criminal record or worse, jail time, to weeks or months of separation from the partner, to removal of the accused from the household, to increased costs of carrying two households.

What makes an offence domestic?

An offence will be deemed ‘domestic’ so long as there is some flavour of romantic/sexual/familial connection between the person charged and the complainant. Thus, husbands and wives, boyfriends and girlfriends will naturally fall within the scope of this definition. The domestic label can also be asserted in the case of a person wanting such a relationship (e.g. criminal harassment) where one party in interested and the other party is not.

Although it has long been an offence to strike your spouse, in Canadian society today it is no longer acceptable to turn a blind eye to this behaviour. The physical and emotional harm that is caused by aggressive partners who abuse their spouses is now widely viewed as a social evil that needs to be prevented at any cost. All too often there is escalation in violence. To prevent recurrence of violence, police and Crown attorneys are instructed to treat the person accused of these offences strictly, so as to deter further suggestion of abuse. That is why a person can be charged after a domestic dispute based solely upon one person’s version of events. Police are specifically instructed to make arrests in most cases where one party credibly states that a crime was committed. There is no requirement for a case to be made out beyond a reasonable doubt. All that is required is reasonable and probable grounds.

Example of a domestic offence – Assault – what qualifies?

A defence provides a legal excuse for the offence such that the accused will not be found guilty. It is different from an explanation for why an offence occurred. As with all domestic offences, there are defences to an assault allegation. These can include: consent, self-defence, and mistake of fact. A complete review of these defences is beyond the scope of this information. Contact us if you want to discuss a defence to a crime.

Impact of being charged

The impact of being charged with a domestic offence is dramatic, both for the person charged and oftentimes the complainant as well. If a person is accused of a domestic offence, they will be fortunate if they are released by the police the same night or the next day. Sometimes the accused is held to fight for his or her release at a bail hearing. Whether released by the police or by the court, the accused will be given an undertaking or recognizance with many conditions on it that have the binding effect of law. These conditions are like new laws for the individual accused that remain in effect until they are cancelled or the charges are ultimately disposed of. The most dramatic release condition imposed upon all persons charged with domestic offences is not to have any contact with the complainant either directly or indirectly. This condition is imposed because it is viewed that violence recurrence or escalation will be restricted significantly if the two individuals are not allowed to be in each other’s presence. Of course, the necessary consequence of this condition is that the accused is not allowed to return home (except one time to retrieve personal effects under police supervision) until the condition is changed or the charges are dealt with. This condition might not be what either party wants. The person charged is forced to move out of their home. The complainant loses the ability to communicate with the accused. Joint parenting can become unduly complex or impossible. Financial hardship can worsen. Unfortunately, the hardship occasioned by this condition is viewed as necessary at least for a time.

There are two ways that defence lawyers can help changing release conditions. One is with Crown consent. The other is through a variation hearing before a Justice of the Peace or judge. The process is often complex and expensive. The most common change in conditions sought is the ability of the accused and complainant to communicate. While this condition can be varied, it is not easily accomplished and is not normally recommended before a few months have elapsed.

A person accused of domestic offences usually has only two viable options: 1) plead guilty or 2) go to trial. A criminal defence lawyer can sit down with an accused person and review the evidence the Crown would seek to admit against the accused to provide the best possible course of action. Contact us now if you would like to schedule a consultation.

Please fill out the form below to receive a free 30-minute phone consultation. We will respond to your inquiry within 3 hours.

Sexual Assault Facts: Frank is a 69

Assault Facts: In December 2016, after an 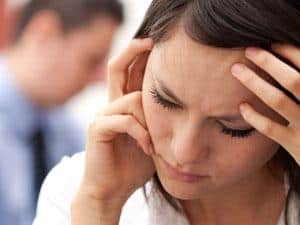