People under the age of eighteen are considered “young people” in criminal law terms. There are distinct differences when the accused person is a young person.

When a young person is charged with a criminal offence, there are many more procedural safeguards put in place to protect their rights than adults have.

The reason these additional safeguards are needed is due to the higher level of immaturity and unfamiliarity young people have with their rights and how to exercise them.

The parents of a young person who has been charged are often more disturbed by the charges than the young person themselves. This anxiety is due primarily to a lack of familiarity with the justice system, its consequences, and oftentimes a feeling that they do not understand their children.

This anxiety produces a certain amount of conflict in the parent. On one hand, parents want to protect their children’s rights and minimize any long-term fallout a criminal charge could provide. By contrast, parents believe that since their child has been charged that there must be a reason and that they are probably guilty as a result.

What is important to understand is that simply because a young person has been charged does not necessarily mean that they are guilty. A salient example is this:

Billy goes to a party with his friends. One of Billy’s friends has a friend who has marijuana on his person. People at the party are smoking marijuana. The party is loud and police are called regarding a noise complaint. Once upon the scene, the police enter the party and discover a bag of marijuana on a table in the middle of the room. Billy and the other four people in the room are charged with possession of marijuana.

Is Billy guilty of drug possession? In our example it would be difficult to say that Billy was in possession of marijuana. Yet police often charge everyone involved to prevent any one of them later testifying at another young person’s trial that it was in fact their marijuana, not the person’s who is standing trial.

This example should highlight that simply because a young person is charged with an offence does not equate to guilt.

Parliament, recognizing that young people are less mature or morally developed, has enacted a special companion statute to the Criminal Code of Canada. It is called the Youth Criminal Justice Act. It is intended to set out guiding principles when dealing with young people, especially in regards to sentencing and records management.

One major difference between young people and adults is the reluctance with which jail is used. Young people are deemed to be capable of rehabilitation and incarceration is to be used sparingly.

Similarly, a youth criminal record is automatically sealed after a certain period of time without further positive action on the part of the young person or his family.

If you have any questions relating to this or any other youth law matter, do not hesitate to contact Armoured Suits. 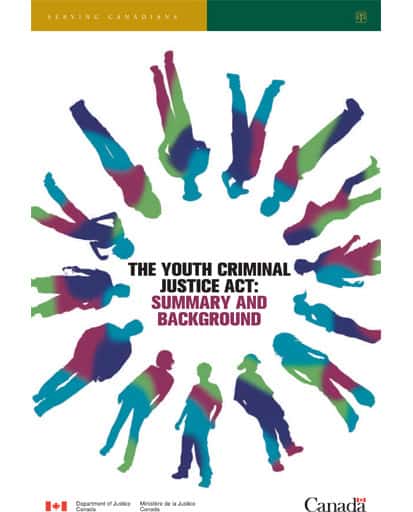 If Your Child is in Trouble with the Law 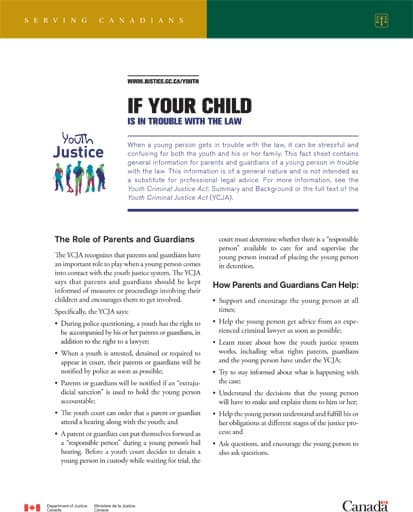 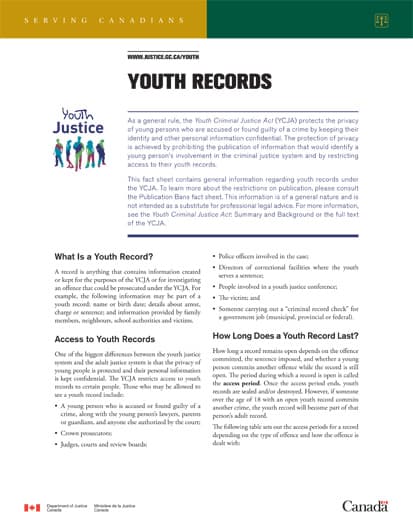