The Law of Consent in Canada 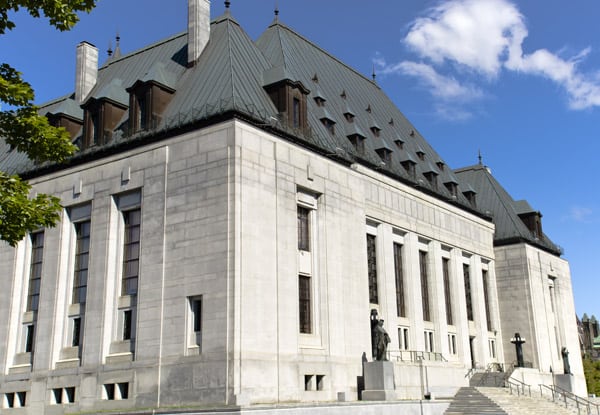 The Law of Consent in Canada

With the rendering of Gian Ghomesi’s sexual assault trial decision today it is an apt time to examine the law as it applies to consent.

The traditional definition of sexual consent is wrapped up in myth and stereotype. The concept often “denies women’s sexual autonomy and implies that women are in a state of constant consent to sexual activity.”1 However, the Canadian criminal justice system has sought to minimize the stigma around consent and provide a legal definition that clearly articulates the power of “no” and the responsibility to seek “yes.”

In the quest to correctly define the legal concept of consent, sexual assault cases have repeatedly found their way to the Supreme Court. In turn, the legislature has recalibrated the Criminal Code several times to address complex circumstances that may arise out of long term relationships, anger, jealously, intoxication and entitlement.

The standard by which consent is appraised is both objective and subjective. While the accused may point to his own perspective he cannot be willfully blind or reckless to the consequences of his actions.2 Given the contextual nature of any sexual assault accusation a careful weighing of legislation and case law is required. As such, each will be examined in turn so that a fulsome answer to “what establishes sexual consent?” may be provided.

The Criminal Code defines sexual assault as contact of a sexual nature, applied without consent.3 For the purpose of this section there is no consent when it is obtained by force, threat, fraud or authority.4

For further clarity the Criminal Code states that no consent is obtained when it is provided by someone other than the complainant, the accused is incapable of consent (for example, because of intoxication), the accused is abusing a position of power, the complainant expresses a lack of agreement or later revokes it.5

Based on these rules the court has an objective template by which to assess whether consent has been provided. If sexual contact is established and no consent is present a sexual assault has occurred. That is, unless the accused can avail himself of the defence of a reasonable mistaken belief of consent.6

The defence of reasonable mistaken belief may be raised if there is sufficient evidence to constitute the defence. There must be some indication that there were grounds for the accused to misunderstand whether the complainant had consented to contact. If the two parties merely disagree and there are no ambiguous facts the defence may not be raised.7

However, the accused may not raise this defence if his mistaken belief arose as a result of self-intoxication. Furthermore, he must take reasonable steps to ascertain that the complainant was consenting.8 This means he cannot be reckless or willfully blind to the complainant’s state of mind. It is his subjective belief that is in question; however, he must be able to point to objective circumstances that gave rise to his belief and the steps he took to come to his mistaken conclusion. It is not enough to merely shut one’s eyes to the facts and assume consent has been provided.

The points of law above, including arguing consent itself, raising a mistaken belief of consent, willful blindness and reasonable steps taken to establish consent, have all been elucidated by the Supreme Court. Armed with the facts of each case it will become easier to understand their application.

In the case of R v Ewanchuk the question before the court came down to whether consent had been provided. Here, the complainant had entered the trailer of the accused, ostensibly to conduct a job interview. In the course of the interview Ewanchuk closed the door of the trailer and repeatedly touched the woman, eventually exposing himself. Each time he escalated the woman requested that he stop. However, she remained in the trailer. She stated this was out of fear for her safety. When she finally requested that she be allowed to leave Ewanchuk acquiesced and gave her money, asking that she tell no one of the situation.

The trial court ruled that this conduct constituted implied consent.9 On appeal the decision was harshly criticized by the Supreme Court. They ruled that there is no such thing as implied consent. She repeatedly rebuffed Ewanchuk’s advances. The accused replied that he was “not a bad guy” and would not persist if she said no, but did anyway. His words indicated he was aware that no consent was ever provided. It was not the victim’s responsibility to forcefully reject advances and escape. It was Ewanchuk’s responsibility to obtain consent; he never did.

Raising a Mistaken Belief of Consent

In Pappajohn v The Queen a man met with a realtor for lunch to discuss the sale of his home. They drank extensively throughout a three hour long lunch meeting. Afterwards, they travelled together to the accused home and spent several hours there together, alone. That evening the woman suddenly burst from his home, naked with her hands tightly bound behind her back, wearing only a men’s bowtie.

She claimed that she had been forcibly confined and raped for hours until she escaped. Pappajohn on the other hand claimed that the event was entirely consensual and he was surprised to find she had fled.

The complainant’s version excluded consent and any possible mistaken belief thereof. The appellant’s version claimed consent; it also had no indication that a mistaken belief could have occurred. “In this situation the only realistic issue which can arise is the simple issue of consent or no consent.”11 Nothing about the situation could possibly have raised confusion. One party was telling the truth and one was not. Therefore, Pappajohn was refused the right to raise a mistaken belief of consent.

In R v Sansregret however, the issue of mistaken belief was put to the jury in trial. The accused broke into the home of his ex-girlfriend in the middle of the night and held her at knife point for several hours. Out of fear for her safety she eventually encouraged sexual contact and implied that reconciliation may be possible. This was the second time this had occurred in the span of a month. Previously, she had called the police and reported his conduct, but no charges had been filed.

On appeal the Supreme Court again criticized the trial court decision. The justices ruled that reasonable mistaken belief was not possible as the victim was being held at knife point and had previously reported such conduct as rape. The accused demonstrated willful blindness when he chose to believe that the victim wanted to have sex with him.

The Supreme Court stated that “a court can properly find wilful blindness only where it can almost be said that the defendant actually knew. He suspected the fact; he realized its probability; but he refrained from obtaining the final confirmation because he wanted in the event to be able to deny knowledge. This and this alone, is wilful blindness.”12

When Sansregret chose to believe his ex-girlfriend, held at knife point, was consenting to sex he was willfully blind to her fear and duress.

Reasonable Steps to Ascertain a Reasonable Belief of Consent

With that being said, in circumstances where the accused is neither reckless nor willfully blind there are steps to be taken to ensure that a reasonable belief has been established. These steps were spoken of by the Ontario Court of Appeal in R v Cornejo.

Here, Cornejo went to visit his co-worker at 1 in the morning. His idea of an invitation had been a muffled and indecipherable sound over the phone, provided after she had told him not to come. By the time he arrived the complainant had passed out drunk on her own couch. She did not answer the door when he knocked so he entered without permission. Upon his entrance she awoke and said “what are you doing here?” Nevertheless, he proceeded to kiss her and undress her; she moved her hips to facilitate undress. However, she awoke fully when he began to touch her naked body and demanded that he leave immediately. She then called the police.

The trial judge found support for a claim of mistaken belief based on her muffled response on the phone and the position of her hips. The judge suggested that reasonable steps had occurred to ensure that she had consented; consequently, the defence was put to the jury’s consideration.

The Court of Appeal ruled that this interpretation of facts was incorrect. The complainant had repeatedly rebuffed advances in the past. She had informed Cornejo that she had a boyfriend and was waiting up for him. Furthermore, she was clearly intoxicated at the time and had asked the accused to leave her home. When the complainant said no to Cornejo he was put on notice that no consent was forthcoming. It was up to him to secure clear and unequivocal notice that this had changed before repeating his advances. The court stated that “a person in the accused’s circumstances takes a serious risk by founding an assumption of consent on passivity and non-verbal responses.”13

Cornejo did not obtain verbal consent; nor did the complainant revoke her previous rejection. She was clearly intoxicated and upset by Cornejo’s presence. He did not undertake reasonable steps to establish a reasonable belief of consent. As such his acquittal was overturned.

Parliament and the Supreme Court of Canada have together mapped out a method to prosecute the heavily stigmatized crime of sexual assault. They have parsed away the myths and stereotypes that surround sexuality and consent in an effort to clarify the issue.

In short, consent is not provided until communicated. It can be removed at any time and cannot be induced by coercion, force or authority. When unequivocal consent is absent the onus falls on the accused to demonstrate why he chose to proceed, based on a reasonable and educated assessment of his accuser’s actions. It is no defence to turn a blind eye to the circumstances and recklessly proceed in the face of opposition. Without a “yes”, the legal presumption is “no”.